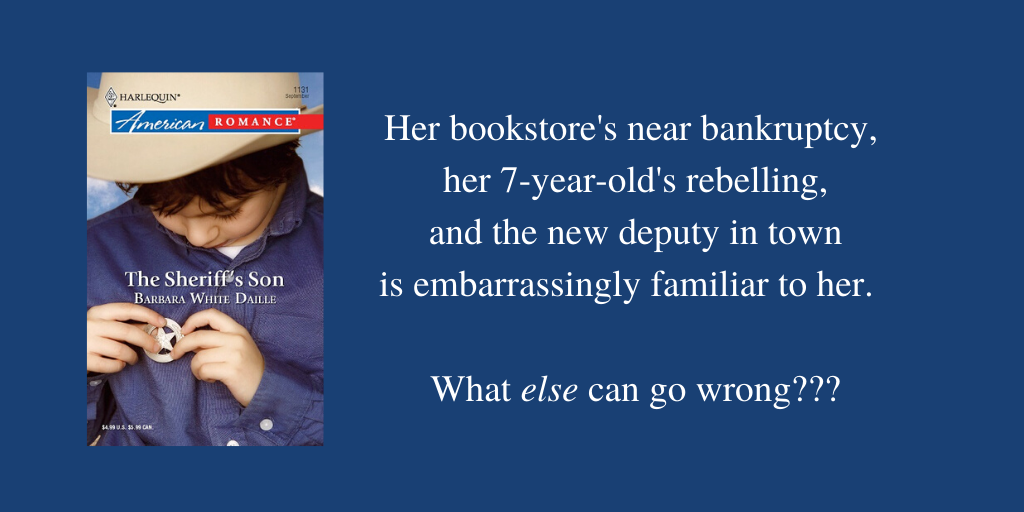 Single mom Sarah has more trouble than she needs, with a troubled seven-year-old on her hands and an ex who’s suddenly returned to town.

Find last week’s snippet from The Sheriff’s Son here if you’d like to check it out first.

The last thing Sarah wanted was Tanner together with her son.  She prayed Kevin would come into the store and head directly to the stairs leading up to their kitchen.  A slim to invisible chance of that happening.  But surely he would see the sheriff’s car outside and would know enough to avoid Tanner.  Or maybe not.

She would have to get rid of Tanner.

For a moment, his broad outline blocked the light from the front window, and a cool shadow seemed to fall over her.  How could that happen, when he hadn’t yet entered the store?

He shoved the door open.  The bell pealed.  Heeding its loud warning, she wrapped her arms around her, as much for reassurance as for warmth.

She could handle this situation.  She had to.

She nodded.  Even before he removed his mirror-shaded sunglasses, she could feel his gaze on her.  When her hands shook, she both feared and welcomed the reaction.  Feared it for showing, no matter what he’d done, she hadn’t gotten over him.  Welcomed it because, like the ringing bell, it gave her a warning.

Find The Sheriff’s Son at major booksellers, including:

Thanks for stopping by!