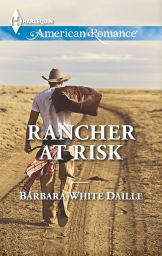 After the loss of his family in a tragic accident, Ryan Malloy has been given one last chance to change his life. His boss sends him to Flagman’s Folly, New Mexico, to run his ranch, but unfortunately, Ryan’s troubled attitude lands him in hot water with the locals, especially the ranch’s manager, Lianne Ward.

Deaf since birth, Lianne has never let her disability define who she is. But, she’s yet to meet a man who treats her as an equal. Ryan seems different…that is, when they’re not butting heads over the ranch’s new school for disadvantaged boys.

Forced to work together, Lianne and Ryan discover an unexpected attraction beneath their quarreling. But will Ryan’s painful past drive them apart…permanently?

Ryan noticed Lianne had dressed up for the occasion. Flat red sandals, a brightly flowered skirt, a red blouse all fluffy and soft with lace edging.

Would the damn memories ever stop?

He couldn’t speak, could only clear his throat, trying to get the woman’s attention. Trying to get them moving and out of there so he could focus on the road and the drive into town and forget everything else.

She didn’t look up or, as far as he could see, lose a beat from her texting. Ignoring him. No surprise.

He continued to the bottom of the stairs, wishing the quiet would last. Knowing, with her around, he didn’t have a chance.

Already, she had slid her phone into a small red bag and stood. “All set?” he asked.

He held open the front door, then followed her out to the yard.

“We can go in my car,” she announced. She stopped and looked back at him, her hand on the driver’s door of the Camry.

“I’m sure you do.” He jerked his thumb toward his truck. “I need to gas up.” As he turned away, he tried to lighten the statement. “Since I don’t know where anything is, how about you ride shotgun.”

After a deep breath, he turned back. “‘Ride shotgun,'” he repeated. “It means—”

And she hated the idea. He should’ve known she wouldn’t go for playing second fiddle. This was one heck of a spot Caleb had put him in….

He’d put himself in.

He winced. “Listen, I don’t like the situation any more than you do. But there’s no getting around it now. Unless you want to take Caleb up on his suggestion to stay at the Whistlestop.” She lowered her head slightly to stare at him, reminding him of a headstrong mare he’d once known. “Okay, then. We’ll be sharing quarters. And we can agree to disagree, if that’s what you want. But things might run a whole lot smoother if we didn’t argue every time we opened our mouths.”

“I wasn’t arguing with you,” she snapped.

His turn. He stared her down.

“I didn’t mean to yell.” Now, she kept her voice so soft and low, he could barely make out the words. “But I wasn’t arguing. I just couldn’t see what you said.”

Her face froze. Slowly, her eyes widened. “I don’t believe it. You don’t know, do you?” She shook her head in wonder. “You haven’t figured it out yet.”