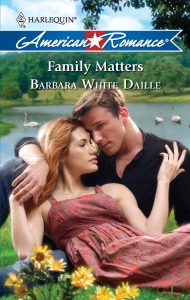 As always, willing or not, Kerry MacBride came soaring to the rescue.  When her final paycheck for the school year arrived, she really should splurge on a pair of bright tights and a cape.

Heart thumping in time with her sprinting footsteps, she rushed down the all-too-familiar main hallway of Lakeside Village’s clubhouse, the center of this age-fifty-plus planned community and, in fact, the social hub of the entire town.

As if the future residents of the community had planned it that way—and knowing Gran and some of the other residents, they probably had—all of the Village sat right smack in the middle of her tiny hometown of Lakeside, Illinois.  From various vantage points on the property, you could look in all directions and see just about everything worth seeing.

Right now, all she wanted to see was both Gran and Uncle Bren safe inside the facility’s game room, where the volunteer at the front desk had told her she would find them.

She had her doubts, though.  Who wouldn’t, after the message she’d heard on her voicemail earlier that afternoon?

Well, Kerry, Uncle Bren had rumbled into her ear in farewell, the next time you see me, it might be behind bars.

She should know better than to fall for this.  Or to get involved in another one of his crazy schemes.  Or even to drop everything and head for home on the off-chance he was telling the truth.

With one more day of school left, she hadn’t planned to come down until the weekend.  She should be home right now, packing for her dream-of-a-lifetime trip.  She, who had never left Illinois, would be spending the summer in Europe!  It still dumbfounded her to realize she had been chosen for the art fellowship.

But, though the plea went unspoken, she’d heard the desperation beneath Uncle Bren’s words.  That fact had her making the drive from her apartment in Chicago to Lakeside in under three hours.  Under the speed limit, too, of course.  Barely.

Kerry also knew better than to risk a run-in with a police officer.  But Uncle Bren?  And Gran?  Much as she loved them both, it wouldn’t surprise her to find either of them in trouble.

She burst through the doorway into the game room, skidded to a halt on the polished tile floor, and confronted chaos.

The room overflowed with people, all yelling at once.  The loudest roar came from a dark-haired man tall enough to dwarf Uncle Bren’s near-six-foot frame.  The man, slim but muscular in a pearl-gray suit, looked ready to split the jacket’s seams with his wide-armed gestures.

Thank goodness, Gran stood safely out of his reach.  But Uncle Bren, hemmed in by the crowd, faced the brunt of the stranger’s anger.

Even without her years of artistic training, Kerry would have seen something wrong with this picture.

“Excuse me,” she said, using her project-to-the-back-of-the-classroom tone.  “What do you think you’re doing?”  The question drowned out every voice in the room.  The shouting subsided and every head turned her way.

As she moved forward, people parted, allowing her to pass.

A slim older woman stood beside the man confronting Uncle Bren.  She put her hand on his arm.  “Matthew, sweetheart—”

As Kerry approached, the woman glanced at her, frowned anxiously in Bren’s direction, and then took what looked like a reluctant step back.

The man now faced Kerry, his eyes dark with anger.  She caught her breath at the fury in his expression but didn’t break stride until she’d reached him.

After a long, tense silence, he answered, his tone level.  “We’re holding a meeting.”

She widened her eyes.  “It sounded to me more like having an argument.”

Behind him, Uncle Bren stood unmoving but nodded in confirmation.  Trust him to let her pick up the problem and run with it.

The man took a deep breath, which now strained the buttons on his immaculate white shirt, and traced his thumbnail across one eyebrow.  “I only argue before a jury.  As we’re not in court—yet—that doesn’t apply here.”

She swallowed a wave of panic.  “You’re a lawyer?”

Great.  A lawyer who had just stood ranting at Uncle Bren.  Things couldn’t get any worse.